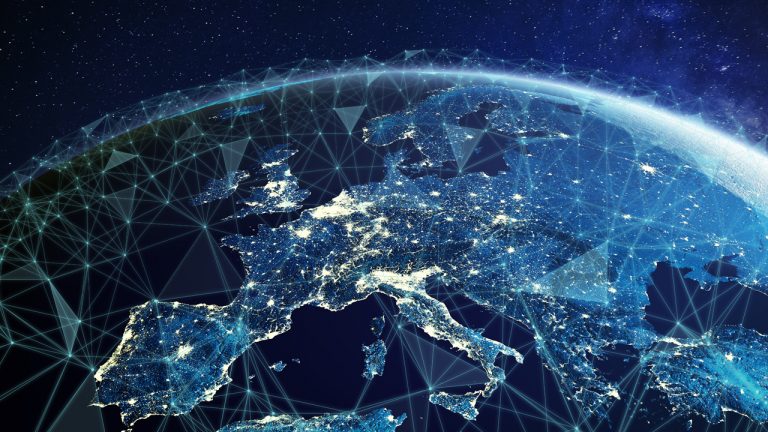 A study report by Leadblock Partners, an appointed representative of Sapia Partners LLP, finds an accelerating growth of the European blockchain ecosystem.

The findings of the Leadblock Partners study suggest European respondents have a funding need for €350 million for the next 18 months.

The European Enterprise Blockchain start-up ecosystem is mainly composed of early-stage start-ups at the pre-seed to series A-stages.

The study notes that improving performance is due to the technology recently reaching sufficient maturity. The transitioning from proof-of-concepts (PoCs) and pilot projects to production mode is cited as another factor.

Nevertheless, Leadblock says the United States still leads. The country has $2 billion worth of assets under management (AUM) compared to Europe’s $100 million.

In the report, Leadblock offers some insights as to why half of the global funding for blockchain start-ups is going to the United States.

“We found that one of the key reasons is that blockchain venture capital funds lack AUM in Europe, with US funds having raised at least 20x more capital. U.S. startups typically raise 4x more,” the report affirms.

Another key observation from the findings is the fact that “most investors are not familiar with blockchain technology.

The average investor is not familiar with blockchain technology, its applications, and its benefits.

The knowledge gap is apparent as many investors do not “differentiate between blockchain from cryptocurrencies and its associated negative perceptions.”

Despite these findings, Leadblock still believes that as investors continue to learn about blockchain concepts “we expect to see increasing investments.”

Leadblock also remarks that the blockchain “is a strategic technology that should be seized across Europe.”

A member of the French National Assembly participating in the study, Jean-Michel shared Leadblock’s sentiments on the importance of the technology.

Jean-Michel, who is keen to see greater adoption of the technology, tells interviewers of his vision for the continents’ blockchain space, which he says is evolving.

Jean-Michel wants Europe to become “a leading player in the blockchain industry and impose its own standards.”

The French politician is optimistic about the technology’s prospects. He cites the use of blockchain already “in real estate, mass distribution, food, energy and even in some political votes.”

What do you think about the European blockchain ecosystem needing €350 million? Let us know what you think in the comments below.

The post European Blockchain Ecosystem Needs €350 Million for the Next 18 Months appeared first on Bitcoin News.