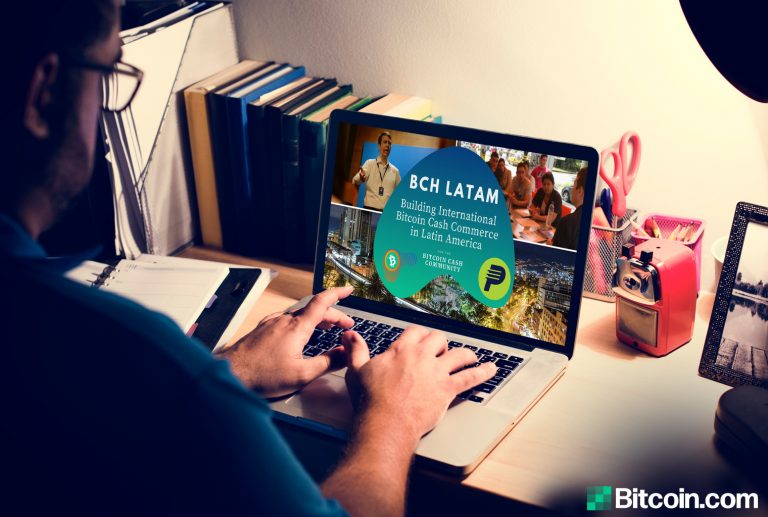 This week news.Bitcoin.com spoke with George Donnelly from the BCH Latam initiative about his plan to help the people of Latin America “achieve greater individual liberty and prosperity.” Donnelly explained the BCH Latam initiative aims to generate greater financial inclusion through mass adoption systems and the organization’s gamified adoption app will help with this goal.

George Donnelly is a libertarian entrepreneur who recently worked with the Dash Latin America (Dash Latam) effort, but has since moved his focus over to bitcoin cash (BCH). Not too long after, Donnelly officially launched BCH Latam and hopes to help spread liberty and economic freedom to residents living in Latin America. Donnelly started crowdfunding the initiative to help further the project’s goals and he used the Simple Ledger Protocol (SLP) to create PAN token. PAN will be used to help bolster adoption, create gamification and leverage SLP attributes like dividends as well. Donnelly told our newsdesk that the team has sold 1% so far and aim to give the PAN token life by applying merchant acceptance for goods and services. While chatting with news.Bitcoin.com, the BCH proponent also discussed his views about the current state of Bitcoin Cash.

Bitcoin.com (BC): Can you tell our readers how you got into spreading cryptocurrency adoption?

George Donnelly (GD): As a libertarian activist during the Ron Paul years, I couldn’t help but discover Bitcoin. And understanding Bitcoin meant I couldn’t help but start using it and inviting others to use it. With the 2017 price run-up, it seemed like a good time to finally work on mass adoption. So, in early 2018 I started affiliating merchants for Dash in Medellín, Colombia, my home now for nearly 20 years.

GD: Bitcoin Cash has more promising conditions that should enable us to achieve our goals, which include onboarding 1 billion new daily crypto users by 2030 and solving the inflows challenge. Bitcoin Cash has a larger community with a welcoming and positive attitude that is focused on market-based growth and Bitcoin as P2P electronic cash.

Dash has abandoned its Latin America and digital cash strategies and is now pursuing a venture capital and dapps strategy.

BC: Can you tell us about the BCH Latm initiative?

GD: We created BCH Latam in order to serve the people of Latin America in their efforts to achieve greater individual liberty and prosperity. We aim to generate greater financial inclusion through self-sustaining BCH adoption systems with a strong focus on the informal economy. The informal economy in Latin America includes 150 million working people, 53% of jobs and one-third of regional GDP. Informal economy entrepreneurs are excluded from economic growth by excessive government bureaucracy, taxes, and fees. Business activities that we take for granted, such as formal asset registration, incorporation, credit, and banking, are not readily available to the informal economy.

BCH Latam aims to build a thriving Bitcoin Cash ecosystem in Latin America with a bowling pin strategy of merchant adoption, remittances, B2B buying, international trade and more. We’ve honed our plan with more than two years of research and fieldwork in Latin America, where we have team members in six nations plus Spain. Our gamified adoption app will enable indie BCH adoption workers to earn their way into Bitcoin Cash by completing verifiable tasks that add concrete value to the Bitcoin Cash network. Gamified adoption is a viral feedback-loop system to kickstart BCH adoption globally in parallel at a low cost.

BCH Latam is in this to kickstart the Bitcoin Cash commons in Latin America, provide superior value to the developing world through BCH and eventually make Bitcoin Cash the international currency of Latin America. We aim to leverage our results to create a groundswell of buzz for Bitcoin Cash across the globe.

BC: What prompted the idea to start crowdfunding and create a video presentation?

GD: Remittances are a key early bowling pin for us, but it is an industry that requires a multi-location approach and a serious marketing and development plan. There is no formal funding mechanism for Bitcoin Cash projects and the Bitcoin Cash Ecosystem Fund is taking some time to get off the ground, so we aim to offer value for value by giving our donors our fixed-supply PAN token. Our PAN token enables donors to both show off their support for BCH Latam and potentially profit from our success in the future. We are also seeking feedback from the Bitcoin Cash community on our plans and activities, as well as new members to join our team. We hope to attract a CFO and lead developer from within the BCH community this month.

BC: Which specific countries in Latin America do you think need the most attention?

GD: We’re focused on Colombia, Venezuela, Brazil, Mexico, Guatemala, Cuba and Chile, roughly in that order. Colombia sends a lot of small remittances to Venezuela, often paying fees as high as 40%. Mexico is the largest remittance recipient in Latam, and the third largest in the world, with $36 billion in 2018 inflows. Cuba is a small market that is experiencing high remittance fees and difficulties due to US sanctions.

BC: How do you expect to create a “viral, feedback-loop mass adoption system”?

GD: Our gamified adoption app will present the end-user with a series of tasks they can complete to earn our PAN tokens. Tasks will begin with watching videos that teach them about Bitcoin Cash and progress to onboarding merchants, becoming liquidity agents, referring new remittance senders, spending BCH, providing support to merchants, holding meetups, starting Bitcoin Cash businesses and more. Think of it as a hybrid of Duolingo, Uber, a choose-your-own-adventure novel and a mechanical Turk. All tasks will be verifiable. Verification will be done via gamification by more advanced users and/or by an in-house quality control team. We will be able to limit the use of the system by market and country, thus ensuring that each market develops in a balanced manner.

By enabling new users to earn their way into Bitcoin Cash, we remove the barrier to entry of having to buy-in. This also helps solve the inflows challenge.

BC: What are PAN tokens?

GD: PAN is an SLP token with a fixed 400,000 token supply that we are selling in order to finance our profit-seeking BCH remittances business plan. We have sold about 1% of the 180,000 currently for sale. We aim to give our PAN token real-world utility by having our merchants accept it for goods and services and by making it the currency of our gamified adoption app. We’ve apportioned up to 45% of the total supply to finance 15 to 18 months of runway for our BCH remittances startup Panmoni, 25% for the team and 30% for the gamified adoption app or possibly a second financing round. Full details are available at bchlatam.com/crowdfunding2020.

BC: Do you think Bitcoin Cash will ever become a global currency or something that’s just used by a niche group?

GD: I believe that Bitcoin Cash can become the dominant currency of the world. Our challenge is to build real consumer utility that crosses the chasm and is adopted by mainstream users to meet regular and basic needs. Remittances are a repeat-use $689 billion per year industry that promises to be an excellent first stepping-stone towards regular, global use for Bitcoin Cash.

BC: How do you feel about the current state of Bitcoin Cash as far as ecosystem and development growth?

GD: The irregular block times and the passionate furor over the Infrastructure Funding Plan are a bit unsettling. The frequent meetups, the number, and variety of developers read.cash, memo.cash, the people working on merchant adoption, Bitcoin.com, the welcoming and supportive attitude of the community, and Local.Bitcoin.com are all very encouraging.

We urgently need to move forward on ecosystem funding, regular block times and instantly-settled transactions. We need more mobile developers. A reduced focus on passionate philosophical debate and an increased focus on practical, systematic business plans would be good. It’s important people realize that we need to solve the inflows challenge in order to progress beyond small-scale, hobbyist merchant and consumer adoption. Almost no one is talking about this. I’d like to see software development revolve around more evidenced, researched and properly presented business use cases so we can use resources effectively to grow real use in the real world.

What do you think about the BCH Latam initiative and George Donnelly’s efforts? Let us know your thoughts in the comment section below.

Disclaimer: This article is for informational purposes only. It is not an offer or solicitation of an offer to buy or sell, or a recommendation, endorsement, or sponsorship of any products, services, or companies. Bitcoin.com does not provide investment, tax, legal, or accounting advice. Neither the company nor the author is responsible, directly or indirectly, for any damage or loss caused or alleged to be caused by or in connection with the use of or reliance on any content, goods or services mentioned in this article.

Did you know you can buy and sell BCH privately using our noncustodial, peer-to-peer Local Bitcoin Cash trading platform? The local.Bitcoin.com marketplace has thousands of participants from all around the world trading BCH right now. And if you need a bitcoin wallet to securely store your coins, you can download one from us here. 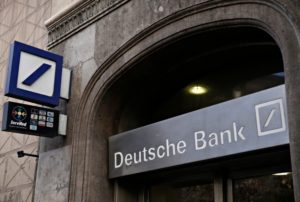 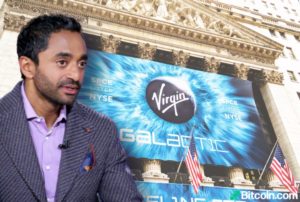 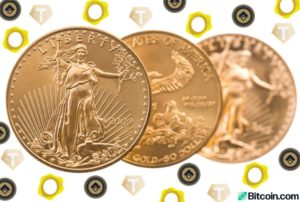 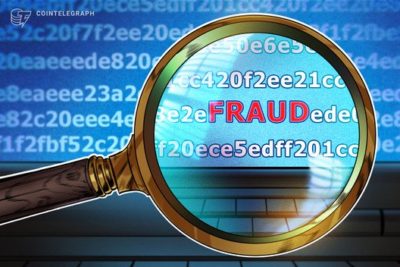 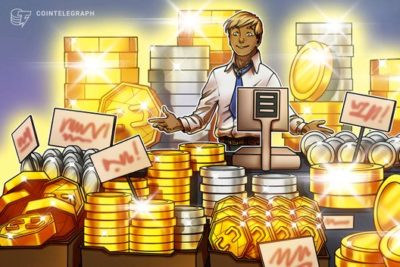 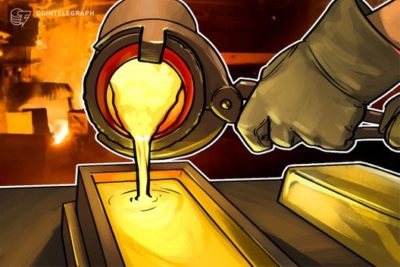 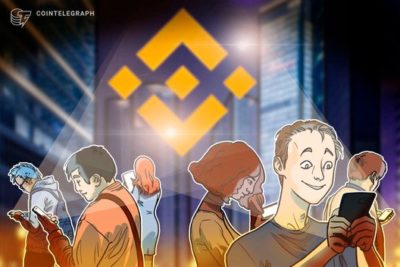